The Royal Decree of 31 January 2003 on the phasing gradual exit from nuclear power states that Doel 3 closes in 2022 and Tihange 2 in 2023. After the closure of a power station, the Post Operational Phase (POP = final decommissioning) starts. Then the dismantling follows. Everything is carried out under the supervision of the Federal Agency for Nuclear Control. Electrabel will of course continue to guarantee safety until the last day.

During the final decommissioning all fuel from the power station is removed, cooled and stored in special containers. The decommissioning is carried out in 5 phases, which together last several years.

During each of the 5 phases, Electrabel must of course continue to guarantee nuclear safety. Certain circuits and installations therefore remain in service. As the final decommissioning period progresses, fewer and fewer safety installations are needed. So Electrabel will gradually switch them off.

The biggest project ever

After the final decommissioning the dismantling follows. This is the largest project which Electrabel ever carried out other than the construction of a nuclear power plant.

The dismantling requires a specific licence from the FANC and consists of different phases: from the dismantling of the installations and the removal of the components to the decontamination to release the buildings and the site. After the dismantling of all power stations, the sites of Doel and Tihange must evolve into a site which can be used for other activities. This project is estimated to last about 10 years.

Dismantling of a nuclear power plant is inevitably accompanied by waste. In particular, classical construction waste, because only a small part of the material is radioactive. Usually this waste can be decontaminated after which it is re-used or treated as classical waste. The radioactive waste is stored and processed. To do this safely and efficiently, Electrabel is upgrading the current facilities on the sites of Doel and Tihange.

For the storage of the spent fuel Electrabel is planning new, so-called SF² buildings in the coming years.

The financing of the dismantling and storage of the radioactive waste is legally determined. Electrabel must provide the necessary amounts, the so-called ‘nuclear provisions' for this. The management of these provisions is supervised by the Commission for Nuclear Supply. This is composed of senior officials from the Belgian financial institutions (National Bank, Administration of the Thesaurie, CREG, General Directorate of Energy…) and of the advisory members Synatom, the FANC (Federation Agency for Nuclear Control) and NIRAS (National Institution for Radioactive Waste and Enriched Fissile Materials).

The nuclear provision is managed by Synatom, under the supervision of the Belgian government. The money is invested in different ways. Synatom is legally required to have the expenditure of the next 3 years cash held available.

In line with the legislation, a review of the nuclear provision must be made every 3 years. The aim is to periodically evaluate whether the planned savings facility is effectively sufficient to cover the dismantling of the power stations and the storage of the radioactive waste. The last revision dates from December 2019. Electrabel takes its responsibility as a professional nuclear operator. In December 2019 it announced that it would pay an additional 2.1 billion Euro into the so-called nuclear piggy bank. In this way the current distribution of the nuclear provisions looks as follows: 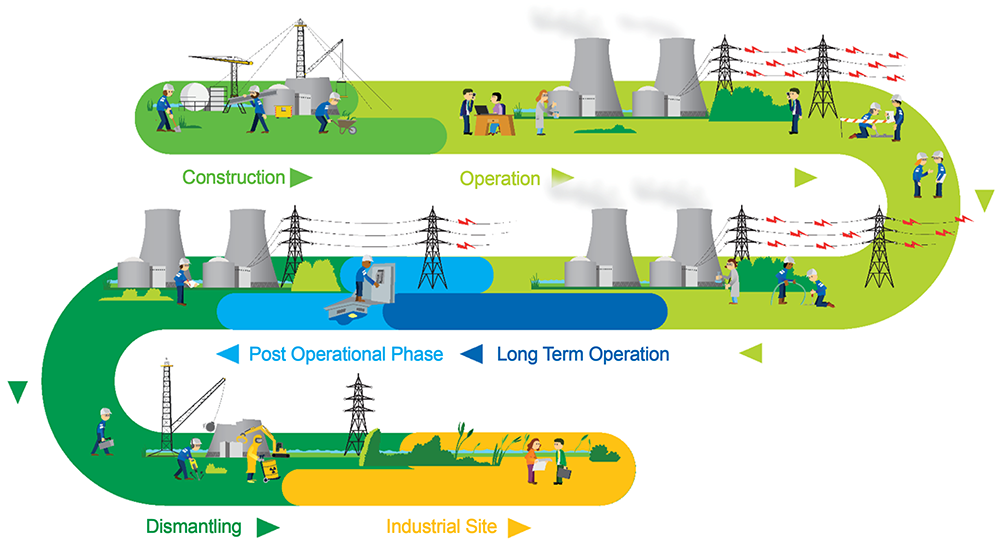